We Are All Where We Belong 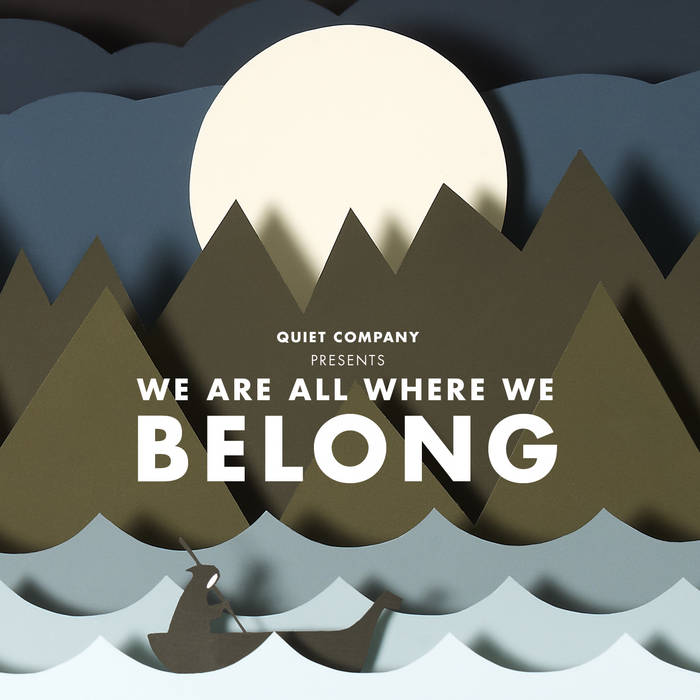 Quiet Company is from Austin , Texas -- a city rich in musical diversity, enormous talent and towering musical history—but the quintet brings their own unique brand of indie power pop that sets them apart.

The band’s latest endeavor, “We Are All Where We Belong”—mixed by legendary engineer Tim Palmer (Pearl Jam, U2, The Cure)—chronicles the many different emotions that a person goes through in a break up: sadness, resentment, self-doubt, but ultimately hope and the indescribable joy and freedom that comes from the realization of making the right decision.

“It is easily the most personal thing I've ever written,” Muse said. “It is, essentially, a break up record, only the romance that's ending was between myself and religion.”

Musically, the album maintains the band’s richly arranged, consistently catchy pop hooks and encompassing vocal harmonies but explores new territory with full orchestral arrangements and new sonic textures. Lyrically, the album is a departure from the former “Songs For Staying In” but the juxtaposition of heavier lyrical content and their trademarked upbeat sound makes for an engaging, above-the-cut musical experience.

Quiet Company recently teamed up with Grooveshark and Rocket Science to release the new album. Leveraging the strengths of both companies to spearhead a truly progressive music marketing endeavor, the relationship provides a realistic strategy to provide a road map that artists can use to achieve success in a rapidly changing industry.

Since the band’s inception in 2005, Quiet Company has traveled the country far and wide, logging more than 400 shows since 2007 including performing in front of 10,000 people at KGSR’s annual Blues On The Green in Zilker park, several sold out shows at House of Blues and have had the opportunity to share the stage with bands such as Toadies, Rooney, Evan Dando and Bob Schneider among others.

From the band's inception through their rapid growth, the goal has never changed: To write intelligent, epic pop music that shines with honesty and provokes self-reflection.